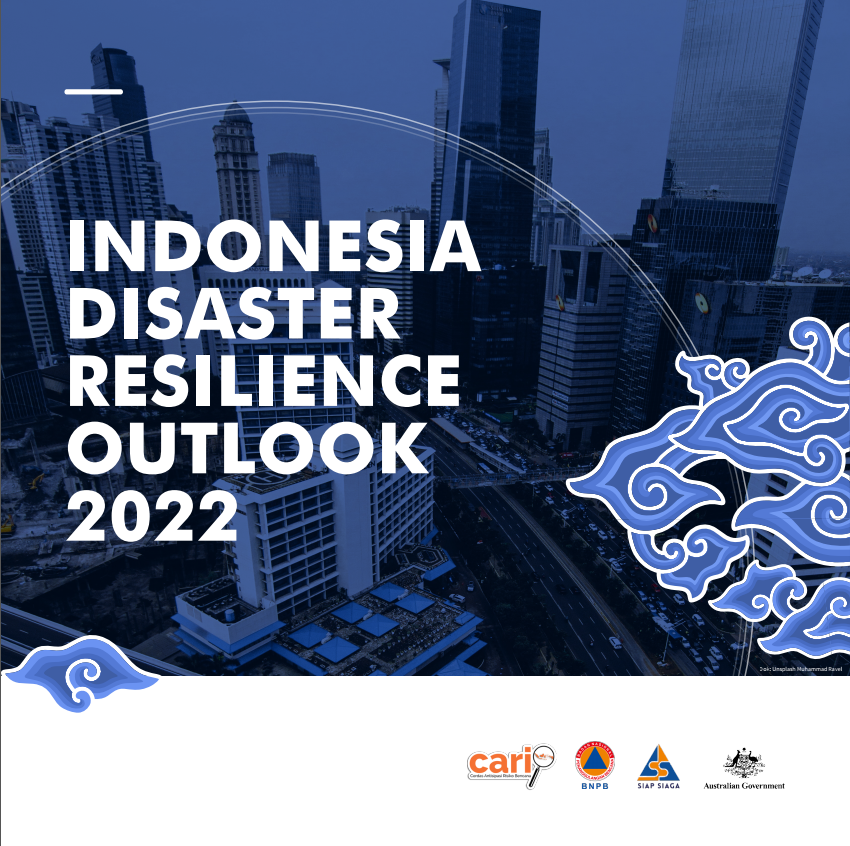 Indonesia Disaster Resilience Outlook 2022 (IDRO) showcases the complete map of Indonesian cities/regencies viewed from the Making Cities Resilience 2030 (MCR2030) Stage Assessment lens. The result reflects the commitment profile of local governments toward disaster resilience building and can be used as one of as one the baselines for future resilient-development efforts in a systematic, measurable, and integrated manner. Hence, this book provides a reference point for Indonesia's local resilience status, reflecting local governments’ commitments and actions. The IDRO clarifies the missing factors and requirements for resilience building for cities/districts classified in stages A, B, or C within the MCR2030 classifications. Based on the in-depth review to those factors, IDRO also identifies six factors and drivers toward the resilient building at the city/regency level in Indonesia until 2024 and beyond. The IDRO concludes that the development of local resilience in Indonesia needs to prioritise the spirit and values ​​of localisation, collaboration, and integration that can take advantage of other drivers that have been identified. Cross-sectoral and scientific collaboration in the regions needs to be further encouraged and improved for resource efficiency, optimisation of the scope and impact of risk reduction activities on the community, increasing the sense of ownership and independence of local stakeholders, and maintaining the sustainability of programmes/activities.

1) Publication and access of IDRO through CARI! website is temporary in nature until the Bahasa Indonesia version migrated to the BNPB's e-library and the English version published in the PreventionWeb / other channels.
2) The IDRO document is developed based on the “Rapid Nationwide Resilience Assessment using Making Cities Resilience 2030 Stage-Assessment and Standard for the Development of Disaster-safe Areas'' study. The content and view stipulated in this Book are solely owned by the authors. It is not an official view or policy of the National Disaster Management Authority (BNPB), the Government of Indonesia, or the Government of Australia. Readers are also encouraged to access the 1st Progress Report, the 2nd Progress Report, the Final Report, and the database produced from the Study by sending a formal request to BNPB and the Australia-Indonesia Partnership in Disaster Risk Management (SIAPSIAGA). In addition, readers’ familiarity with the critical documents of Making Cities Resilience 2030 and the draft of the Academic Script of SPDAB (BNPB, 2020) would help them understand the Study’s findings.